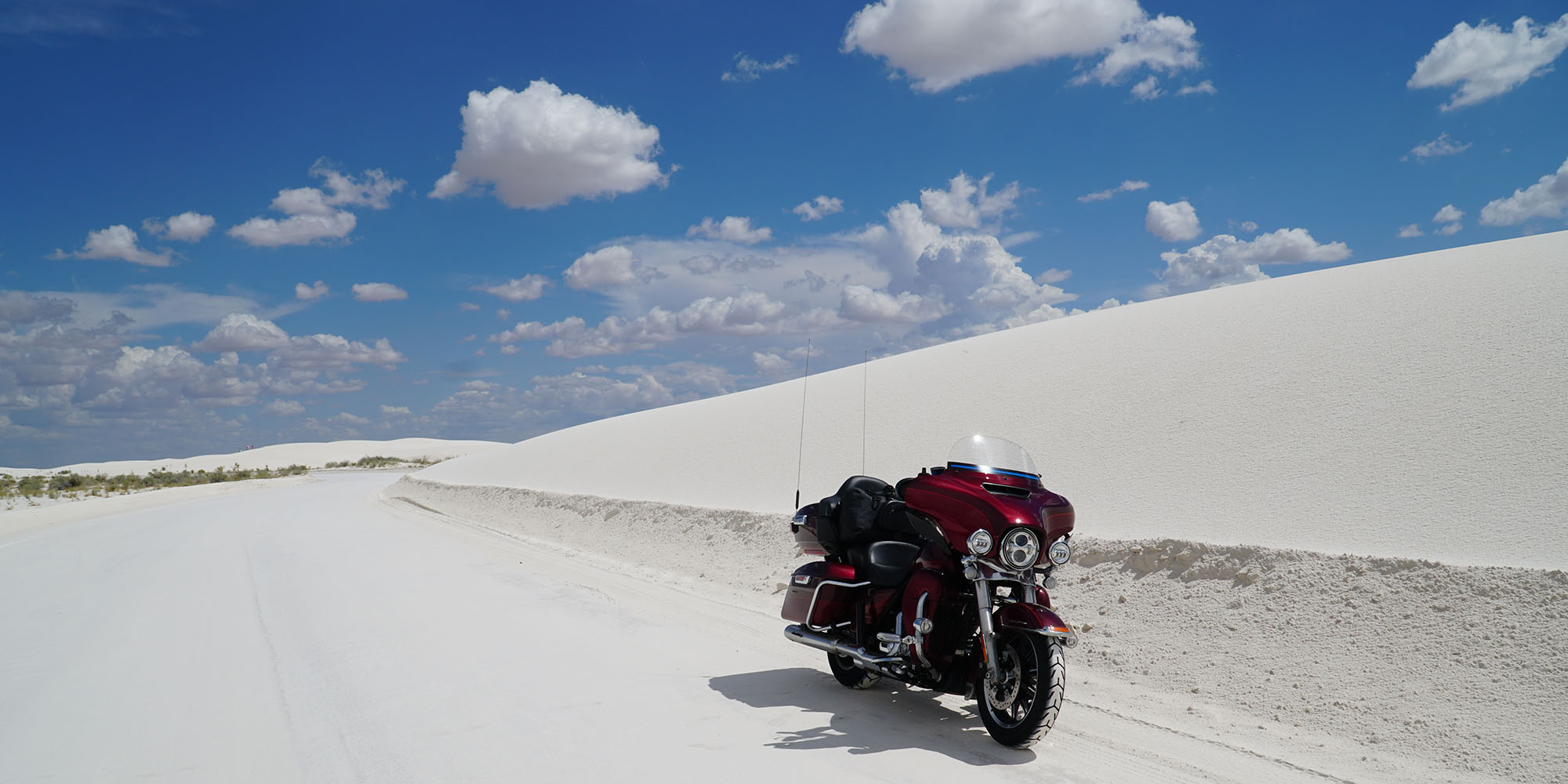 Over the last week I have had the honor and privilege to escort the Nation of Patriots Flag over 760 Miles as it made it’s way across Arizona, Nevada and into California. I have been moved by peoples generosity and amazed how the flag can impact and move someone.

For those that served and continue to serve… Thank you.

All packed and ready to go… My riding buddy and I rode from Las Vegas to Meteor Crater Rd. in AZ to meet up with the Arizona contingent as they met the New Mexico Flag Bearer as they brought the flag into Arizona. From Meteor Crater Rd. we rode as one group into the Gran Canyon Harley delearship Bill Sherer (black hat, 4th from right) came out for the ride as well, he’s the organizer of the charity and a great pleasure to meet the man. Bill Sherer along with the mayor John Moore of Williams, AZ. Moore proclaimed July 19th as Nation of Patriots of Day and challenged every citizen of Williams to fly an American Flag on this day next year.

Later that day, we took the flag to my home state and met in Laughlin, NV. The Arizona riders came across the bridge the bridge from one side and the Nevada came across from the other side. They met dead center of the  colorado river on the state line and did a brief flag ceremony while Las Vegas Metropolitan Motor Officers held the intersection from both sides.