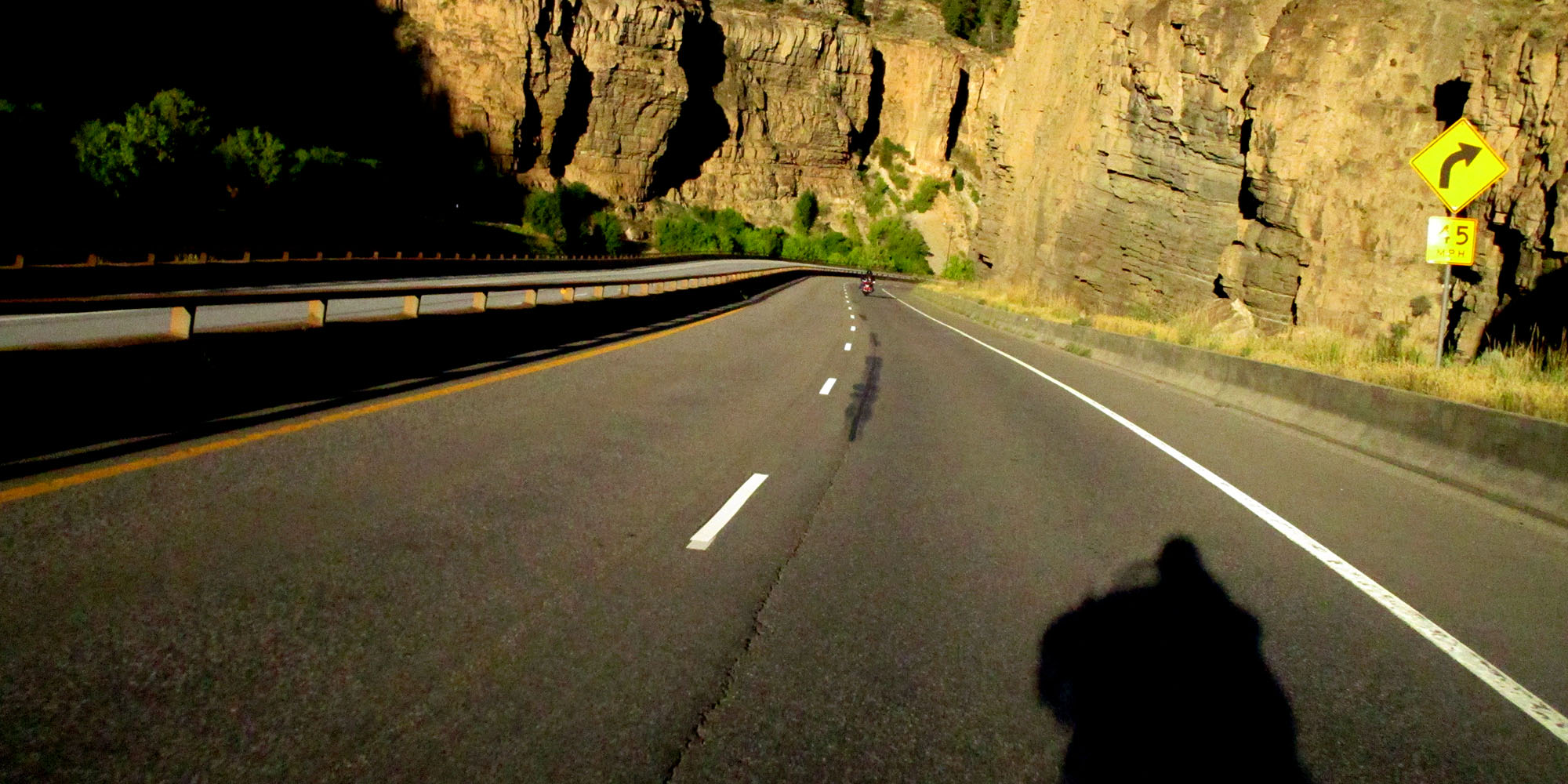 YOU WILL NEVER BE SAFE RIDING YOUR FRONT WHEEL

Many years ago… I was riding my sports bike through the Red Rock Scenic Loop with a friend trailing behind me. The road had a small straight that lead into a gradual right hand turn. It was a beautiful day and we were just enjoying the ride. I approached the turn and went straight… straight off into the desert and down a 30’ embankment.

According to the ‘Record of Achievement’ that I received from the investigating Park Ranger and from actual observation from my friend, I never hit the brakes and apparently I didn’t even try to attempt the turn. I simply rode my bike right off the road.

As I healed over the next few months, it allowed ample time for me to go over the accident in my head and to dissect what happened. The things that stood out of my internal analysis where that I let my attention lapse, that for a split second, I forgot where I was and what I was doing. Secondly, at the beginning of the turn, I saw something on the edge of the pavement and I rode my bike right over it as I sailed off into the wild blue yonder.

Target fixation occurs when a rider locks their focus of attention onto something, such as a piece of road side furniture. The focus becomes the dominate message for the brain and then all actions focus on this message. Your hands start to follow your eyes and the next thing you know, you are flat on your back, looking up at the sky with little birds flying circles around your head, wondering what just happened.

Ever wonder why someone chops their turns? You’ll see it as a series of quick maneuvers while the rider goes through the turn instead of one flowing motion from entry to exit. This occurs when the rider is watching the apex or is looking to see what is directly in front of them. Don’t ride your front wheel, turn your head and look through the exit of the turn.

Target Fixation can be avoided.  Common methods include:

Be the boss of your motorcycle, don’t let it take you for a ride.